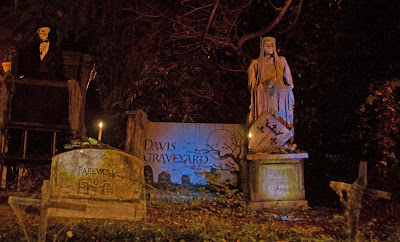 My friends Jeff & Chris Davis of Davis Graveyard have submitted their video to the Home Haunters Association 2009 Halloween haunt video contest. They are currently in third place, but having one of the best haunts in the contest, if not the country, they still need your support! Watch their video on YouTube (all the way through so it counts), rate it and help them get a much deserved win.

I'm fortunate enough to have seen this haunt in person, so I can tell you what a beautiful and richly detailed haunt it really is.

The House thanks you for supporting outstanding haunters.

Just posted this year's video up on YouTube. You can watch it above or here. I also have WMV and QT versions up should anyone want to download it.
rose2009.wmv
rose2009.mov
My thanks to Pumpkinrot for the video inspiration and also for the recommendation of Sony Vegas Movie Studio 9. It was my first time really editing a video and the program is very intuitive and easy to use.
And, of course, my thanks to Rob of Skull and Bone (without whom there would have been a lot less to shoot) for his generosity and inspiration.
Some of you may notice the conspicuous lack of actual video footage in the clip. Nearly unusable footage from an old camcorder and lack of a proper video capture on the PC were the culprits. I'm not able to acquire new hardware so soon after going just a 'smidge' over the Halloween budget, so I kind of had to make due. Better equipment is definitely on the list for next year. If at some point I'm able to get some of the footage to a usable state, I'll edit it in or do something seperately later.
Enjoy and thanks for watching. 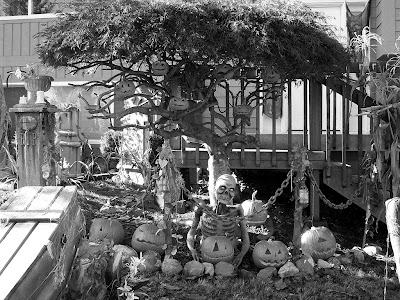 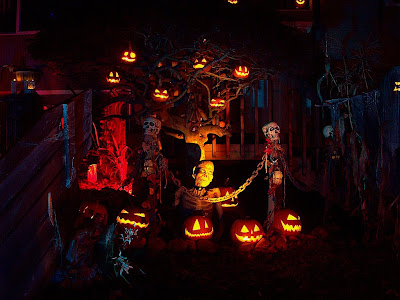 
Posted by House Bloodthorn at 10:41 AM 5 comments 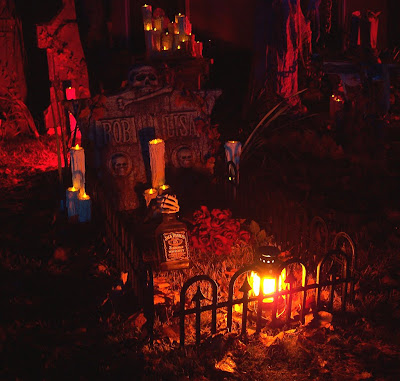 For Rob and Lisa... you are, ever and always, a part of the House.

My heartfelt thanks for everything. 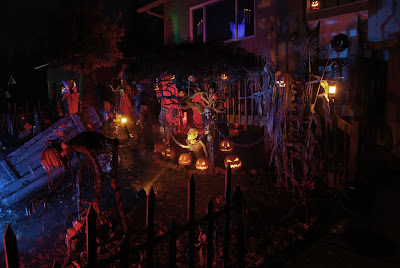 Though it seemed it wouldn't happen for much of the past few weeks, the weather improved and I couldn't have asked for a more perfect night. The moon was huge and bright. The air was crisp and still. The fog hung low. The lights burned dimly and for a few hours... the fates were with us and all was right with the world.


With over a hundred visitors, our first year with Rose was a resounding success. My humble and everlasting thanks to Rob at Skull and Bone for making it all possible. Thanks, also, to all those who helped as well as my family, friends, neighbors, followers and fellow haunters. You all make it worth it.

Posted by House Bloodthorn at 1:18 AM 5 comments